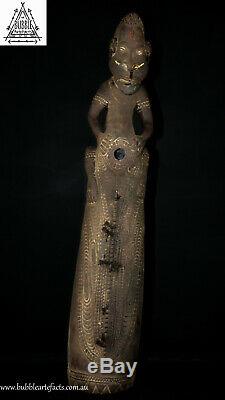 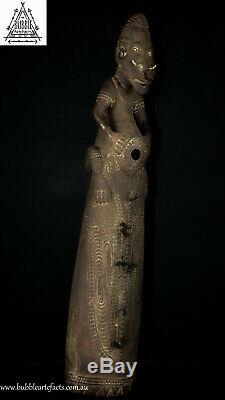 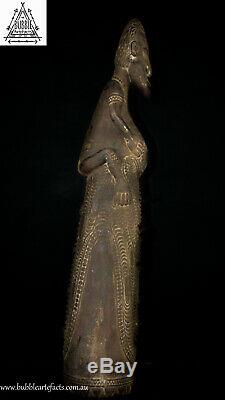 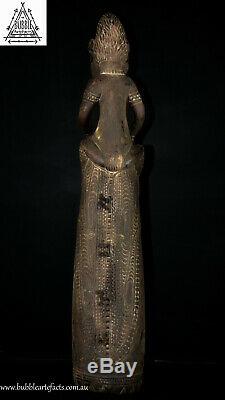 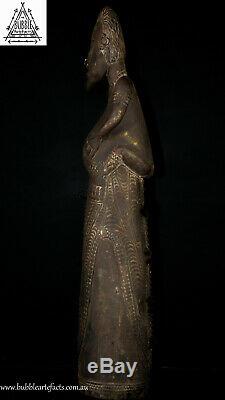 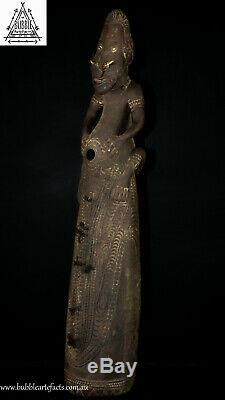 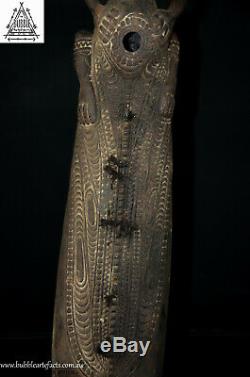 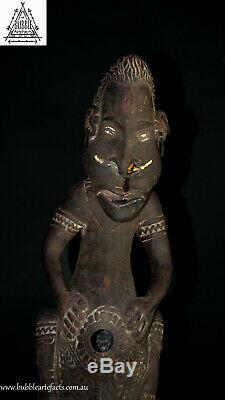 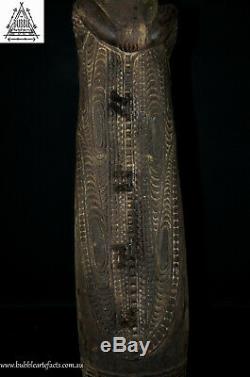 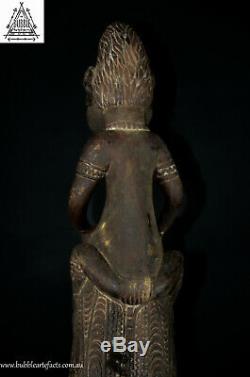 To see more fine oceanic artefacts. This is a very rare tribally used, stunning beautifully carved Ceremonial War Horn from the Kowewori River Region in Papua New Guinea. Spirit figure with pig tusk a top the horn with beautifully incised details representing crocodile skin all over the piece. In former times, side blown trumpets, played by blowing while vibrating the lips into a hole on the side rather than the end of the instrument, were associated with warfare in the Middle Sepik Region of northeast New Guinea. Like many Iatmul instruments, the trumpets were often played in pairs by two men, each using a trumpet with a slightly different pitch, who sounded them in alternation.

The Iatmul people, who live along the middle reaches of the Sepik River, are among the most prolific and accomplished sculptors in New Guinea. Iatmul religion was complex and included a diversity of rites and ceremonies devoted to ancestors, spirits, and other supernatural beings. Iatmul ceremonies often included both secret rites known only to men and public performances in which women and children participated. In the past, warfare and headhunting were integral elements of religious life. Estimated age 1960's to 1970's. Pre post weight 3.5 kg. This is not always possible given the sizes and unique packing requirements for each unique piece. Can also insure package if required. STANDS ARE NOT INCLUDED WITH ANY ITEM.

Pictures make up part of the description. The item "Korewori River Ceremonial War Horn, Korewori River Region, PNG, Papua New Guinea" is in sale since Sunday, October 6, 2019. This item is in the category "Antiques\Ethnographic\Pacific Islands & Oceania".

The seller is "bubble_artefacts" and is located in Wurtulla, QLD. This item can be shipped worldwide.