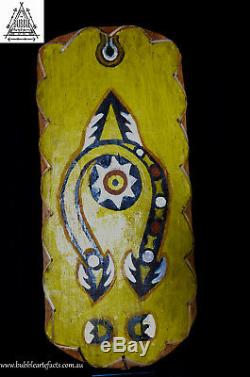 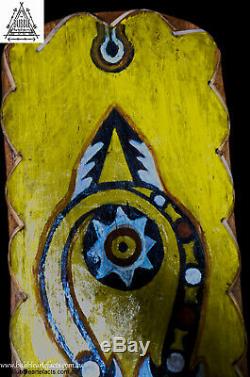 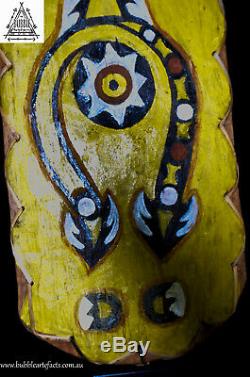 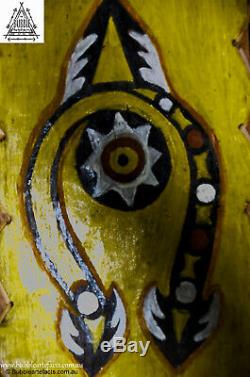 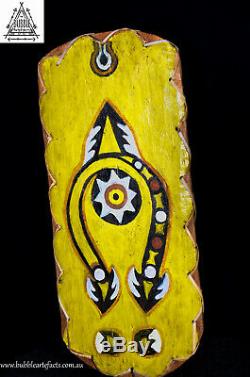 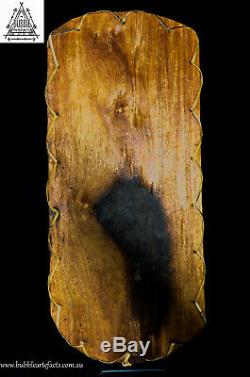 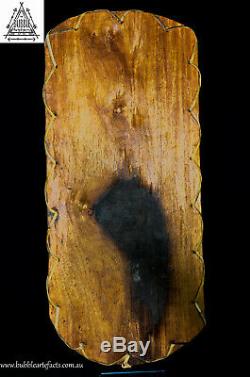 To see more fine oceanic artefacts. This is the story the Gogodala tell of their origins and this is the story that animates their vision of the future. The ancestors came by canoe from the Holy Land of Yabisaba.

We know it as Jerusalem. There were two boats, long and sturdy, hand carved from ancient trees. The red one carried the Segala clan and the yellow, the Paiya clan.

The travelers spoke the language of Israel. They paddled in search of the far-off islands of Papua New Guinea, guided by the wisdom of an oracle called the Fire Source. The islands themselves, seven in all, had floated nearly 8,000 miles from the Middle East, destined to become home to the tribe those clans formed, Gods chosen people, the Gogodala. A Lost Tribe of Israel in the lush wilderness of a South Pacific Eden.

The Gogodala people who live in the swamp and grass plain near the Aramia River in the western part of the Gulf of Papua. Their villages are built on small hills or ridges which become islands in the wet season. Gogodala art forms are different from the rest of the Gulf as the designs are painted rather than carved. Aida is a Gogodala ancestral hero. His society's most powerful items were a rattle also known as aida, and the huge powerful drum, diwaka. These were stored in special lofts in the longhouses. The Gogodala reclaimed their art and ceremonies from western and missionary influence in the late 1960s and 1970s and began carving and creating traditional forms which had last been collected in the 1930s and 1940s. Most of the Gogodala communities converted to Christianity starting in the 1930s.

As their art form was so closely tied to their Aida cult the destruction of their old beliefs led to almost total destruction of their art form. Of long lozenge-shaped form, the flat surface of this canoe shield is covered in stunning Gogodala design elements in abstract curvilinear motifs in bold black, white, yellow clays mixed with plant juices and a tree resin to make water resistant paints. The piece has a striking motifs on the front with the owner's clan in totemic clan designs with gawa tao (an eye like motif) with sago palm weaving along the perimeter. This rare piece was collected by the Brennan family who were living and working for a large oil company in the 70s and 80s in Port Moresby now living in Australia. Estimated age of the piece is between 1970's to 1980's.

This is a stunning collectors piece. Pre post weight 1.8 kg. This is not always possible given the sizes and unique packing requirements for each unique piece. Can also insure package if required.

STANDS ARE NOT INCLUDED WITH ANY ITEM. Pictures make up part of the description. The item "Rare Gogodala Canoe Sheild, Aramia River, Western Gulf, Papua New Guinea, PNG" is in sale since Sunday, September 22, 2019.

This item is in the category "Antiques\Ethnographic\Pacific Islands & Oceania". The seller is "bubble_artefacts" and is located in Wurtulla, QLD.